Some of My Best Friends Are Lawyers 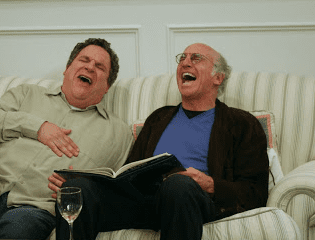 Some of My Best Friends Are Lawyers

As Lenny Bruce (Google him if you don’t know) might have said, some of my best friends are lawyers. No, really. Stop laughing.  I may be a mediator, but I practised as a solicitor for nearly 20 years and spent all that time learning, training and working alongside other lawyers. It’s no surprise that some of them are friends.

The UK has been governed by the rule of law for centuries. As citizens we are all subject to the law. It follows from this that lawyers – experts in law – are necessary. Lawyers have an important role in the criminal justice system, child protection and domestic abuse sectors. So if I can see the good that lawyers bring, why do I have a reputation as being anti-lawyer*?

Family law is rarely an issue

I know from experience that lawyers are not taught the skills needed to help solve relationship and parenting problems. This is especially noticeable in the area of so called family law. I say ‘so called’ because by far and away most of the problems people ask family lawyers for help with when they go through relationship breakdowns involve no dispute at all about the law.

The amount of time a child spends with or doesn’t spend with each parent is rarely a legal problem, it’s a parenting conflict made worse by communication problems. Divorce is rarely a legal problem. How money, pensions and property is to be shared on divorce tends not to be a legal problem. Oh sure, the law frames these problems, but that’s not the problem. After all,  and to paraphrase my friend, Australian collaborative pioneer, lawyer and mediator Marguerite Picard: “Family courts: if their decisions are inevitable, why would you need to use them; if their decisions are unpredictable, why would you bother to use them?”.

Underlying conflicts not addressed by law

Courts can make decisions, but they can’t address the underlying conflicts. The way to address these conflicts isn’t by keeping the parties apart, writing letters or using threats. The way to address these conflicts is by helping to improve communication.  Lawyers would be providing a better service to most of their clients if they referred them routinely and properly to those trained to help with this: mediators and counsellors.

So if the law isn’t relevant in most cases, why do people still go to lawyers? Good question. The answer is because it is what we are culturally hard-wired to do. The right to divorce was once the privilege of the elite. During the late 19th century statutes were passed by parliament which changed  the laws around divorce, property and child rearing. Initially, a lawyer had to be engaged simply in order to explain and interpret the law. Now, well over 100 years later, the law that covers these matters has been largely unchanged for more than 40 years, but we continue to go to lawyers because we think that’s what’s needed.

It’s the system that’s to blame

It’s the system that’s really to blame; at least to begin with. While family lawyers are not taught all the skills they need at law schools, or during their training contracts at law firms, they are not dissuaded from believeing that they have been. They may have the best of intentions when they enter the profession., but at some point along their career path,  I  would expect them to  realise that while they might be the right person, they have the wrong skills. Some do and some of these have trained and as collaborative practioners and mediators. But few actually practise collaboratively or mediate regularly. Why?

Lawyers can choose how to work

Sadly, principles and ethics become compromised by money. Many family lawyers have told me that they admire the way I chose to abandon traditional legal practise but that they couldn’t afford to do the same.  What they mean is that they have chosen to work not in ways which benefit their clients, so much as ways which benefit their incomes. They were extremely brave, I thought,  to share this with me. And it’s why I am so certain about my views on this.

As Abraham Lincoln said: “Persuade your neighbours to compromise whenever you can. Point out to them how the nominal winner is often a real loser…in fees, expenses and waste of time. As a peacemaker the lawyer has a superior opportunity of being a good man. There will still be business enough.“

I am Stephen G Anderson. I am a non-practising lawyer. I am a professional mediator.

*the “lawyer” element of “anti-lawyer” is perceived by most readers, I am sure, in my social media comments, Tweets and conversations to mean all lawyers.  That’s not the case. When I refer to lawyers, it’s usually shorthand for those who work in private client, private law as family solicitors – a role I used to have.  I don’t tend to preface “lawyers” with “most private law, family” simply because of lack of space or readability.